Dubai and other Emirates – once again [STORY]

I made a decision (yeah, I know it sounds kind of serious). This time I would write it in English. OK, here is the real reason behind this decision: this text won’t reveal as much as the first one. And because no one will read it, I can write anything I want to.

It was going to be my second stay in Dubai this year, so this time I decided to spend most of my time lying on the beach + occasionally twerking when nobody sees me.

I took a holiday from thinking

First of all, I need to confess something… I hate wearing underwear when it’s frigging hot outside so basically, I didn’t wear any in Dubai. Longer (I mean a bit longer, not long) dresses and rompers were totally enough, I guess. This gave me more freedom. Yeah, I felt really free cause I also spent the first few days being totally alone. It made me think that I do really enjoy my own company. I didn’t need to talk to anyone, I didn’t need to be kind to anyone, I didn’t need to take into account other people’s needs, I could be as selfish as I wanted to be. It was so cool.

Later on, my folks joined me, I mean – they got back to their flat in which I stayed. On the way there they lost a very important briefcase in a cab, so we launched an investigation that uncovered some unknown to me secret of life in Dubai! The atmosphere became dense and very thick. No more freedom! It was high time to start to think, so my brain had to abandon vacation mode. But feeling even for a while like a Raymond Chandler’s character wasn’t that bad!

We talked to ushers, police and checked cameras at the airport and the building that my friend lives in. Thanks to that we found out that the briefcase must have been left in the cab. Unfortunately the taxi driver kept telling us, that there was no briefcase… till Sunday. After 3 days, one guy, who was working for the taxi company, found my friend’s Facebook account and texted him: „Hello bro” and that made us laugh. He found the thing and we could finally calm down and relax.

This case revealed one thing. This friend of mine, who lives in Dubai, informed the police about his loss. Another guy, who also works for the same company and is supposed to take care of all the police stuff, called him and informed him that he knew that there were 2 extra girls at his place at the time… So… it proves… that in Emirates everyone knows everything! BE AWARE.

We made a trip to other Emirates, to Sharjah to see the desert again and to Fujairah – to snorkel, but we didn’t find a right spot to do it. We also came too late. Anyway, in this Emirate we found out that we were the only tourists at the time. It was a weekend in which many Emirati families decided to spend their evening on the beach and have a dinner with a view of the sea.

It was so cool. Sea waves were higher than in Dubai. The beach was kind of pristine. It was really, really cool and comforting after spending some time on the Dubai beach, surrounded by the girls wearing g-strings and silicone boobs falling out of their tops.

By the way, I saw lots of leaflets of whores working in Dubai, who of course call themselves masseurs. They were lying on the street – I mean the leaflets, not the masseurs 😉 . This time I also discovered why so many people have tinted car windows… not because of the sun… but maybe to do some forbidden things on the back seat? 😉

Dining out in Dubai

I want to say that I looove Dubai Marina. It’s a whole world in one place… on a single plate. There are lots of restaurants: Italian, Afghani, Japanese, Uzbek and so on. Not that far from Marina I also saw the restaurant called Freedom pizza. That was funny, cause scooters delivering this pizza had an inscription on them: „Freedom can’t wait”. That was a good one! Especially in a country where freedom it’s not so obvious for Europeans who must be really careful while they are in Dubai, because as the experience with the briefcase proved, everyone knows everything and the walls have eyes and ears.

I was also introduced to the Lebanese cuisine by my Lebanese friend, whom I met in Warsaw a year ago. He told me that this cuisine is really clean, so I made a joke that’s a good thing that people wash their hands before they start to prepare food. But clean food by him meant not that spicy and a really good for my stomach. I enjoyed it. It was really clean. He was right. I didn’t throw up. Thumbs up Zeido – you didn’t lie to me this time! 😉

I want to dissolve in sea water

I need to add that my oriental perfume (Montale Honey Aoud) matches perfectly the scent of the sea. After swimming all day my skin was still wearing this fabulous blend. I loved it!

After a couple of days there, my skin started to peel off due to salty water, I guess. It’s always like that when it’s hot and I spend too much time in salty water – I can’t help it cause I like it. I wish I could dissolve in sea water and turn into plankton. Really! This is the way I could die. 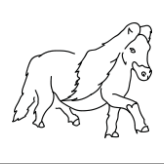